Each year around Halloween, the issue of identity and race is thrown into the forefront of my mind with the same questions racing around my head. How can I create a convincing costume when the costumes I want to wear all look more “authentic” on someone who’s white?

Growing up in the north of England with parents who both immigrated from Hong Kong, I never used to think about race, or where I came from. However when I think back, for the first 5 years of primary school my best friend (and only friend;I was an incredibly shy loner okay) was another Cantonese girl. I did everything with her, from tennis lessons to Sunday Chinese School, and was regularly asked if we were twins, sisters, or cousins. A frustrating question forcing me to assert that not all Chinese people look the same. Is it possible that even from a very young age, I felt the need to stick with the people who shared my upbringing? Even though I never felt characterised by my race, how come I automatically gravitated towards the only other person in my year who shared my cultural background? Ironically, even though my only friend was Chinese, I spent a lot of my childhood resenting the parts of me which differentiated me from others. I remember the frustration of never being find my name in a gift shop on a tacky keyring, ultimately settling for names which were alphabetically closest to my ‘English name’. Growing up, my parents introduced me to others as Wei-Lam (my Chinese name), and for the first 10 years of my life that was my name and identifier for teachers and friends. Yet part of me always asked: why couldn’t I be called something ‘pretty’ like Emily, or Jessica? Why couldn’t I be like all the other girls?

During the next stage of my life, I, among many others felt the growing societal pressure to look a certain way. Yet it was biologically impossible for me to look the same as the girls on the front pages of magazines, on social media, and in mainstream media. I remember trying multiple times to follow beauty tutorials in the early days of YouTube to create a ‘Smokey Eye’ so that I could look just as beautiful as all the Caucasian models that I had no choice but to idolise, only to achieve a look of ‘Ironic Panda’ (sigh). I gave up pretty quickly, assuming that my shorter lashes, and not-quite-monolid eyes were a ugly physical trait that I would have no choice but to live with. It didn’t help that I was also very un-cool (and no more cool now) throughout high school. In some ways, my ethnicity became a scapegoat. During the ‘enlightening’ days of high school beauty was often equivalent to popularity, and in a twisted way I began to believe that the only way to be beautiful was to be white. 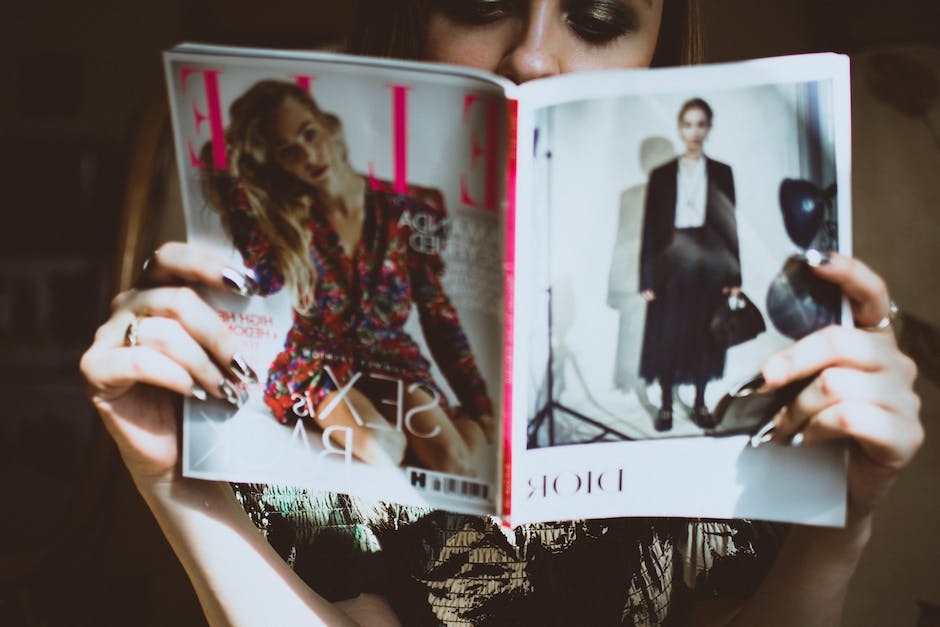 In a state of frustration, I remember one day typing into YouTube: ‘Asian eye makeup’ and coming across a YouTuber called Michelle Phan, a Vietnamese girl. I was so happy that I had finally come across an influential figure who made makeup tutorials for people with the same features that I had tried so hard to deny (yes, I’m talking about my brief experimentation with double-eyelid tape). Finally, I felt represented on a platform that I regularly used. Sure, it wasn’t a blockbuster movie, but it was still a growingly influential platform. And thus, I began exploring this small community, coming across other East Asian YouTubers such as Clothesencounters (Jenn Im), Bubzbeauty and Anna Akana. Instead of using characteristics as a comedic punchline, they showed pride in where they came from.

When it comes to Hollywood, the amount of East Asian actors that have truly ‘made it’ range from little to none. Growing up there was no room for us in the popular, quirky TV sitcoms. We had no J.K. Rowling, Zadie Smith or Hanif Kureishi. However, with the recent release of ‘Crazy Rich Asians’ and global Hallyu wave this appears to be changing. Slowly. Growing up, there were never any east Asian men or women that appeared regularly on my screen. Instead I saw fleeting and repetitive portrayals of stereotypes: a string of supporting actors/actresses characterised by their strict parents, their good grades and ‘outsider status’. These completely two-dimensional character portrayals added to our representation as a ‘hidden’ and ‘silent’ minority. I remember getting excited whenever I saw someone east Asian in mainstream media or whenever I saw an interracial couple on the streets. It was proof that we didn’t always stay the minority, that we were visible. I spent my childhood battling between the truth behind many of these stereotypes and being defined by these stereotypes.

The older I got, the warier I became of the fetishisation of Asian culture and cuisine. Something that I know my other East Asian (particularly female) friends feel strongly about. I noticed a pattern in particular things that men would casually drop into the conversation. Did I know that they had once had a Japanese girlfriend? Or that they were currently learning martial arts? Or that they had spent 3 months in the Philippines last summer? I mean, thank you for the information, but these three facts mean very little to me. Frustratingly, conversations like this still happen nowadays. This summer, when I spent time in Central Europe someone pulled at the corners of their eyes, making a racist joke at me. At one point the same person asked me, “Oh by the way, I was wondering what kind of martial art you learn?”. Because of course everyone born in East Asia is born with a life-long subscription to the local Dōjō.

One of the hardest questions that I get when meeting new people for the first time is “Where are you from?”, mainly because people would always appear to be unsatisfied with the answer that I would give them. When I first started getting questions like this I would answer ‘the UK’. I had grown up here, I shopped at the same shops they shopped at and liked the same things everyone else liked, I felt British. Surely that was enough for me to qualify as British. But this answer wouldn’t be enough. Instead, they would push, “But where are you really from?”. So I would explain that my parents were from Hong Kong, but I had grown up in England. ‘Oh no wonder your English is so good! You don’t even have an accent.’ (No shit, I just told you I grew up in the UK). When you’re younger, it’s no one’s fault  to be ignorant of other cultures and languages. But after you get repeated requests to translate Romanised names into Chinese (which variant of Chinese by the way- Cantonese, Mandarin, Hakka?) and screams of ‘konichiwa’ and ‘ni hao’ from passing cars and people across the street, the lack of respect and understanding of your culture begins to irk you.

I became tired of being a figure of racial fascination. When the school register became electronic and my name came up as Hilary instead of Wei-Lam part of me was happy that I no longer had to go through the 5 minute back-and-forth of correctly pronouncing my name. Not because I was ashamed of my Chinese name, but I no longer wanted people to see me as an object of ‘oriental’ fascination. To me, my culture was a part of me, yes, but it did not define me.

Where to call Home?

After turning 18 and leaving my hometown I arrived in London to embark on my new journey of adulthood. My circle became bigger and more diverse, and so did my outlook on racial identity. Having spent 15 years at the same school I now had the opportunity to start anew; I was no longer weighed down by outdated identifiers that I had been tied to for so many years. London was so diverse and multicultural, I saw the pride that each person took in their heritage and felt jealous. I want to connect more to the culture and background that I grew up with, but I had spent so long neglecting and rejecting it that now I was in an even greater state of confusion. If I really identified as Chinese, why couldn’t I speak Cantonese fluently? How can you feel pride in being Chinese if you’ve never even lived in Hong Kong? I no longer feel 100% British, but I also don’t feel 100% Chinese. Spending 18 years in the same town, and 15 of those years with the same people, was a blessing and a curse. I felt trapped, but I was comfortable. Coming to London threw me out of my comfort zone and I wound up feeling rejected by both cultures, unable to find an even ground.

My relationship with Hong Kong has also changed drastically. Gone is my distaste for the crowds and loud haziness. I have grown to love Hong Kong. With most of my extended family, including both of my grandparents, living in Hong Kong, I have been fortunate enough to travel to Hong Kong a lot ever since I was young. When I was younger, I used to hate Hong Kong. I felt like an outsider. I didn’t understand many of the customs and the different culture. I didn’t feel comfortable speaking in Cantonese and felt distant from my cousins who had grown up together. Now, it no longer seems foreign to me. Although there is still a language and a cultural barrier, I can see the dual influence of both China and Britain on the city, and it’s something that I can relate to. 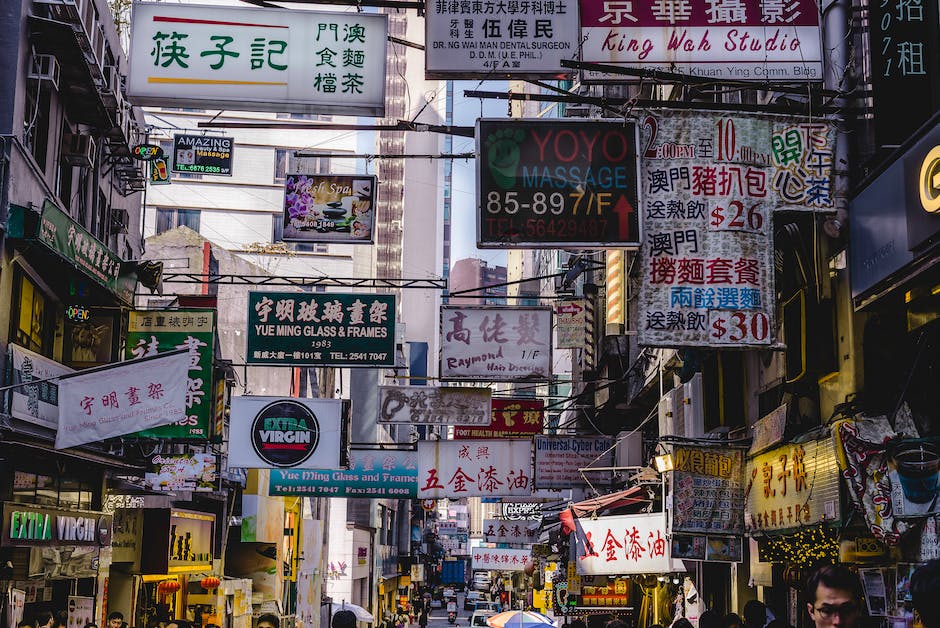 Yes, I like bubble tea. Yes, I pretty much eat noodles every day. Yes, I love to eat hot pot. But I also like Sunday roasts, I like drinking PG tips, I like to do typically ‘white’ things and I also take pride in being British. My identity is my truth, and after many ups and downs, I proudly identify as British-Chinese. I don’t feel as alienated as I did growing up but I still feel like an outsider at times, and it’s a feeling that I don’t think will ever go away.

just my musings. may be true... may just be random musings i've created in my imagination... View all posts by hilarywkwan